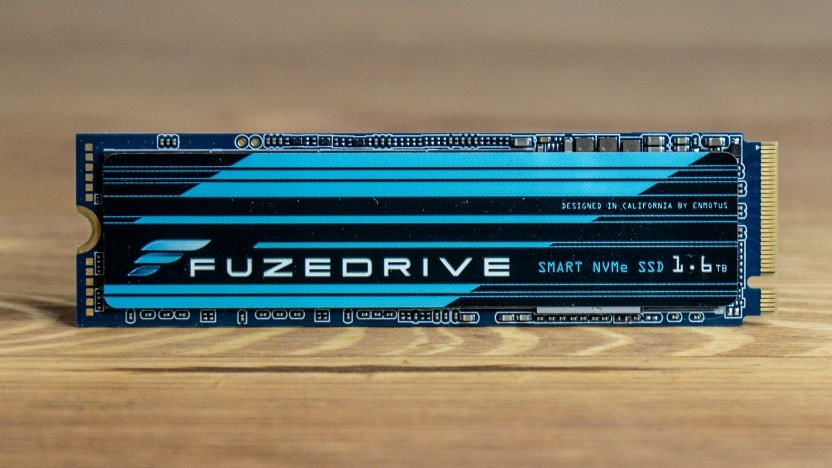 Revitalizing old ideas seems to be the new marketing trend of the day. Our family are the proud owners of a BMW Mini, a reminder of our first Mini we acquired second hand in Wales in 1979. Of course, when we get in the new Mini, it’s nothing like the original. No more squeezing past the exceptionally large steering wheel into the driver’s seat, feeling like you are sitting on the floor and no more rocking back and forth helping the car get up those steep Welsh hills. And what a difference a 1.6 liter with turbo makes versus our original 850 cc engine! It may look similar on the outside, but on the inside and how it handles, it's a very different story.

PC Capacity Anxiety - Where Will I Store All of My Data?

Computer games are now approaching 175GB in size.  Add some videos to your library, a few high resolution photos, and suddenly you realize you are out of disk space.  Has this happened to you?

Traditionally, If you need performance, then an SSD is the only choice, but they are expensive and capacities have been limited.  Hard drives provide the capacity but are too slow to give you optimal performance, especially if you are a gamer.  The archaic solution is to buy both and manually move data back and forth to get your hot applications into your fast SSD.  Think about it, this is the 21st century.  Cars are already driving themselves but you are stuck manually moving data between 2 types of drives.  Really?  There  has to be a better solution.

Part 1 … the server and cluster


Since time immemorial, we have used the SCSI-based file stack to define how we talk to drives. Mature, but very verbose, it was an ideal match to single-core CPUs and slow interfaces to very slow hard drives. With this stack, it was perfectly acceptable to initiate an I/O and then swap processes, since the I/O took many milliseconds to complete.

The arrival of flash drives upset this applecart completely. IOPS per drive grew by 1000X in short order and neither SCSI-based SAS nor SATA could keep up. The problem continues to get worse, with the most recent flash card leader, Smart IOPS, delivering 1.7 million IOPS, a 10-fold further increase.

The industry’s answer to this performance issue is replacing SAS and SATA with PCIe and the protocol with NVMe. This gives us a solution where multiple ring-buffers contain queues of storage operations, with these queues being contexted to cores or even apps. This allows a bunch of operations to be pulled from the queue and processed by the drive using RDMA techniques. On the return side, response queues are likewise built up and serviced by the appropriate host.  Interrupts are concatenated so that one interrupt services many responses.